25 lessons from the greatest trader of all time and a complete trading system for large cap stocks.

In 1923, a financial journalist named Edwin Lefevre interviewed an investor called Jesse Livermore and he published a book on the trader’s life called Reminiscences of a Stock Operator.

To this day, the book remains a Wall Street classic and sits on the desk of many of the best traders.

The book is regarded as an essential read by such well known traders as Ed Seykota, Paul Tudor Jones and even former head of the Federal Reserve Alan Greenspan.

If you’ve read the Market Wizards series you will know that so many legendary traders have called this book a true classic and this book continues to help thousands of traders learn the markets today.

But do Jesse’s trading rules have any merit in today’s markets?

Well one thing Jesse used to say is that the same market patterns, the same trends occur over and over again. So if that’s true, then Jesses rules should work just as well today as they did then.

And on this course not only will we go over Jesse’s most important trading rules but I’m going to put those rules into actual code and backtest them to see whether or not they work in today’s markets.

The results are both surprising and promising.

Who was Jesse Livermore?

Well, he was born in Massachusetts, in 1877 and in his twenties he moved to New York City to speculate in the stock and commodities market full time.

Over a time period of forty years of trading, Jesse developed an incredible skill for speculation and is said to have accumulated and lost millions of dollars several times over.

At the peak of his fortune, in 1929, Jesse was said to be worth around $100 million. In today’s money, that would be worth somewhere between $1 and $14 billiion.

But Jesse didn’t earn that money trading other people’s funds, he was a completely self-made man, trading with his own money.

He earned the nicknames of Boy Wonder, Boy plunger, and the great bear of Wall Street and his story is one of the most fascinating ever told on Wall Street.

Ultimately, the Jesse Livermore story ended badly, as he committed suicide in 1940.

However, that fact doesn’t detract from his immense trading talent nor the incredible lessons that we can learn from studying Jesse’s career.

Throughout this course we will look at Jesse’s best trading rules as detailed in the famous book and we will get right to the heart and strategy of the master trader.

You’ll learn how to become an expert trend trader, the importance of cutting losses and letting winners run, why you should never listen to tips, and why price always follows the line of least resistance.

Then at the end, you'll discover a trading system that I've developed based on Jesse Livermore's trading principles. This is a quantitative trend following strategy that shows a performance of 19% in historical backtests and is included with full code and rules. 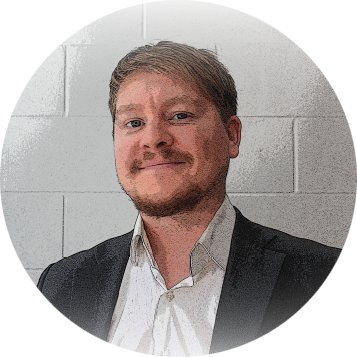 Joe Marwood is an independent trader and investor specialising in financial market analysis and trading systems. He worked as a professional futures trader for a trading firm in London and has a passion for building mechanical trading strategies. He has been in the market since 2008 and working with Amibroker since 2011.

When does the course start and finish?
The course starts now and never ends! It is a completely self-paced online course - you decide when you start and when you finish.
How long do I have access to the course?
How does lifetime access sound? After enrolling, you have unlimited access to this course for as long as you like - across any and all devices you own.
What if I am unhappy with the course?
We would never want you to be unhappy! If you are unsatisfied with your purchase, contact us in the first 30 days and we will give you a full refund.
What is Access All Areas? Is this course included?
Great question. The answer is yes. You can access all courses and save up to 50% with Marwood Research: Access All Areas. This is the best value option.
off original price!

Before making payment, please read the Terms of Use and Risk Warning. Making a payment assumes you have agreed to the policies inside.

This course is based on the classic investment book Reminiscences of a Stock Operator by Edwin Lefevre published by Wiley. I would also like to thank Craig Lapierre for his voice over work and Ben Taylor for his illustrations. All rights reserved JBMARWOOD.com.